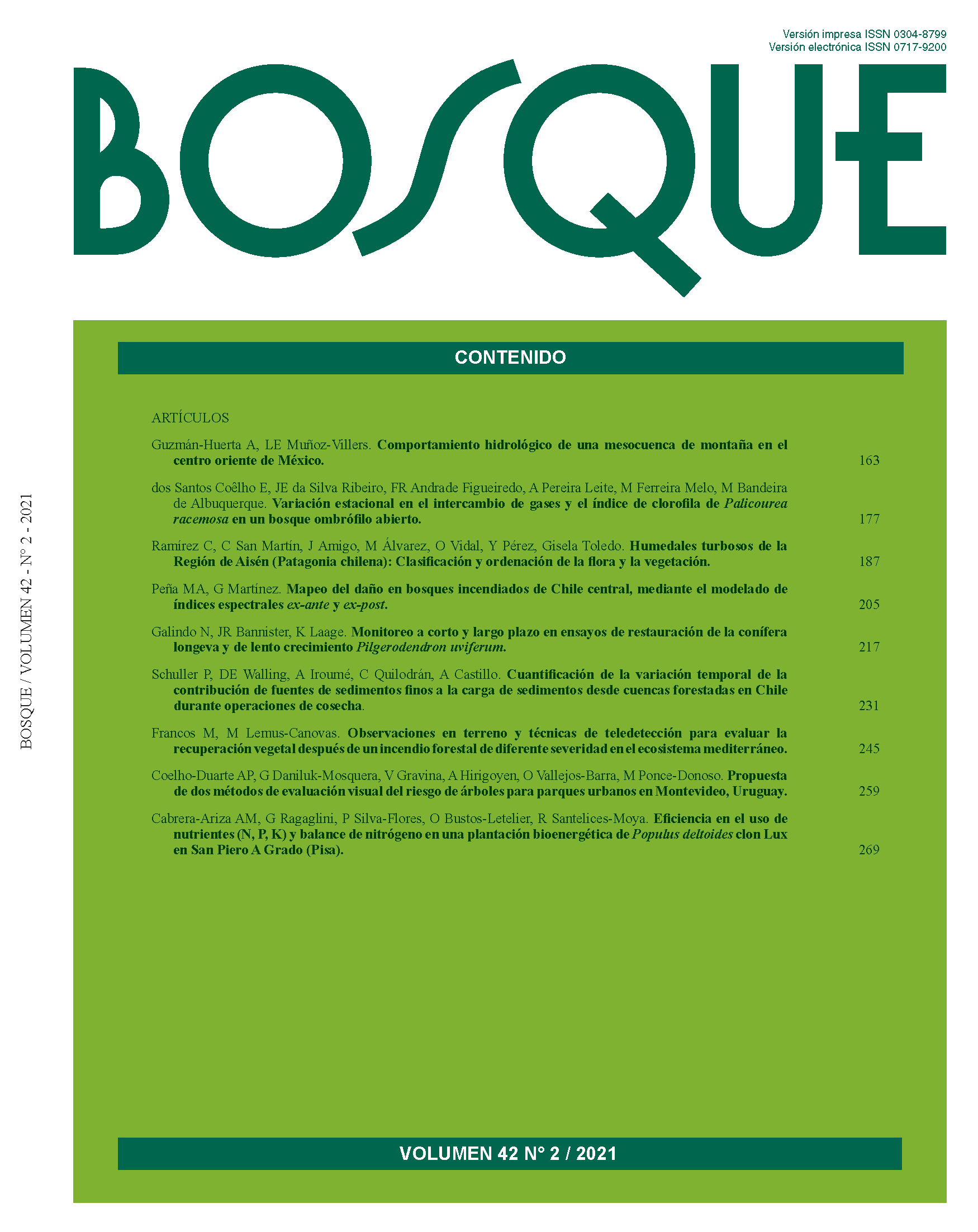 This study estimated the severity of Nilahue-Barahona and Las Máquinas wildfires, occurred in central Chile during the summer of 2016-17, by an empirical-statistical modelling based on pre- and post-fire arithmetic differences of spectral indices sensitive to vigor, turgor and calcination states of vegetation. By doing this, map of damages were created to aid the efficient management and ecological restoration of disturbed forestry ecosystems. The index differences were calculated from Sentinel-2 satellite images, acquired in the summers spanning from 2016 to 2019. The resulting nine index-derived differences were used as predictors of burn severity, field-measured during the summer of 2019 using the CBI (composite burn index) method, into a linear stepwise regression that allowed for selecting those with the highest predictability. CBI yielded low correlations as its calculation includes low vegetation strata largely recovered at the time of the field data collection. However, when overstory field data were used alone, correlations increased (70 % of the data ≥ 0.80, P < 0.05). This was because this stratum was still appreciably damaged during the field campaign, along with its best representation from the image planimetry. The burn severity of both wildfires was mapped using the overstory data as regressand in a model based on NDWI ex-ante-2019 , NDWI ex-ante-2018 , NBR ex-ante-2018 and NBR ex-ante-2017 differences (R 2 ad = 0.77, RMSE = 0.35).

You may also start an advanced similarity search for this article.